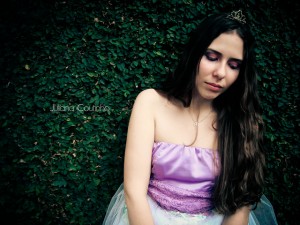 When I was a child, I fell in love with words. Words and books and stories. I began reading at a very young age. My mom has her teaching degree and she started us young in learning, but it was my own internal passion is what drove me to read young. In grade one, my teacher was so amazed at how well I could read that she gave me a chapter book, one aimed normally towards fourth grade children, as a gift.

Reading was a part of my life. I have memory of entire saturdays spent curled up in my bed, reading. The sound of rain pattering against the window, me curled up in a blanket nest, warm in my bed, with the cat leaning against my leg, purring. My imagination would be alive with the colours and sights and smells of an entire world formed out of words. The day would slip by slowly until, suddenly, it was evening and I would emerge from my room, blinking and dazed, almost like a mole who has just poked his head from beneath the earth’s surface.

My imagination and ability to really see the world and people in story books is what drew me into them so completely. I disliked, actually, when the cover of a book had illustrations of the characters (and I still don’t like it) because my mind would create very clearly it’s own version of the characters. I remember many times examining the cover of some book or another, with disgust and a scowl on my face while thinking something like: “But THAT’s not what Meg looks like!”.

Words in particular interested me. I gravitated towards books about far away lands, set back in a day when dragons could have been an issue. The words they spoke fascinated me – gaol and bairn and lassie.

I loved to imagine myself the heroine.

Beautiful, with a head of thick, wavy, flowing auburn hair tied up into a knot. Wearing a simple dress made of rough material. Determined, strong willed and going against the grain in order to save the day or fix the problem or catch the eye of man she loved…what ever the issue in that particular book was.

I loved those words, and the books which held them, I think mostly because they immersed me into worlds and characters who were so opposite of who I was. I was plain. I was shy. I did not command attention. I did not have determination or a strong, brave will. I was a mouse. The books gave me satisfaction because, for a short while, I could block out the real world and become what I longed to be instead of being what I was. The mouse never saved the day. She never won the heart. She wasn’t ever even really in the story.

The brave heroine was so much better than the mouse.

As I got older, my love for words and stories about far off places remained. It showed in the movies I watched and the interests I had. My sister and I were surprised one Christmas with a Nintendo as a present, and while I had fun hunting ducks or smashing bricks with Mario, my real passion became playing Zelda. A fantasy story, a princess to be rescued, the hero brave and determined. It pulled at my imagination and my heart.

This love for words showed in the music I listened to also back then. I didn’t gravitate towards heavy metal, with their spandex pants and their big hair and their screaming lyrics (although…I did have myself some sweet spandex pants back in the day…). No, instead I gravitated towards music in which a story was told. Songs about loves lost or found, gypsy souls, or a broken relationship restored, were always what drew me in. They tapped into the same yearning for fantasy and a story to be told, which had been in me as long as I could remember. They pulled me along, and again immersed me into a world far more incredible than my own.

One band I loved back then had the name of Paradox. They were a Canadian band, from Quebec. I think they might have had one or two hit songs before they faded away into the land of never being heard of. They were your typical pop/rock band from the late 80s. Their cassette tape was one of the first I had bought with my own money – money I had earned from a cleaning job I had taken on at age 12 at a local print shop.

I can still see the cover of the album, the lead singer with his long dark hair and earrings. I can still see the video of one of those hit songs, I used to watch it on Much Music – it looked like it had been planned out in an afternoon and shot with a camcorder by a 10 year old. The song itself was also your typical song from the late 80s. I don’t think I actually loved the song or the video or the lead singer.

The reason I loved the band came right back to my love of words….because of it’s name, Paradox.

Paradox. I loved that word. I had never heard it before I discovered the band. More memories, this time of laying on the floor in my room, listening to their music coming from my ghetto blaster, watching the sky outside my bedroom window as I did. I would listen, and watch the clouds or close my eyes. Sometimes I would just think about the word paradox. It rolled off my tongue. There was something about the way it sounded that fascinated me. And once I knew what it meant, it fascinated me even more.

Par•a•dox. Noun. Definition:
• A statement that seems contradictory or absurd but is actually valid or true.
• A situation, person, or thing that combines contradictory features or qualities.

Could the timid one be brave, too? Could you be shy and still determined? Could the mouse actually be the heroine? These are not questions I asked back then. Back then I knew for sure in myself that the answer was no, and I lived my life accordingly. I did not consider myself brave or strong. I didn’t view myself as being exciting or bold.

And while I didn’t spend my youth hiding in the corner staring at my shoes (which is probably the impression I’ve given, but is not how I was), I did spend my youth, and most of my life which followed, discrediting what I have to offer. I viewed my sensitivity as a fault, and my timid nature as weakness. As much as I loved the word paradox, I never once took in and grasped that it was possible to BE one.

Change is a funny thing. When it happens inside me, it is always slow and almost unnoticeable at first.

It’s as if I am in a closed room in the back of a house that is on fire – tendrils of smoke starting to seep under the door like long, thin fingers. Quiet, but consistent, those wisps curl and rise, gathering together little by little. Before you know it, the room is filled. That’s how change always is in me. That’s how it has happened in this case too – somewhere along the course of time, my solid “no”, turned to a possibly, and then to a probably, and then into a yes, maybe.

Yes, maybe you could be timid but yet brave. Maybe you could be shy but still have a determined spirit. Yes, maybe you don’t have to be brash and loud in order to be exciting and interesting and magnetic. Maybe sensitivity was actually a good thing, something useful.
That thread of steel strength and that fire of passion, which I saw woven into the character of the heroines in all those fantasy stories I had immersed myself in throughout my lifetime….maybe I could possess those, also? Yes.

Things paired together which shouldn’t make sense, but somehow, do. These opposites, wound around each other like the gnarled roots of an aged tree, intertwined to make a whole. Into something solid and unified.

Something that is stronger when bound together, than the two parts are when separate.

Maybe the mouse could be a part of the story after all….and yes, maybe this could even become her story. To be the quiet mouse and the bold heroine, combined. A paradox.

Always a lover of words, I began reading them at a young age, and began creating with them shortly thereafter.

A bend in the road led me to embrace my introversion, and to discover my identity as a highly sensitive person. As I have moved along the path in learning more about who I am, how to take care of myself as an introvert, and how to handle the challenges of life as an HSP - my love of writing has been rekindled and embraced once again. It intertwines with the journey I am on, and is reflected in what I write.